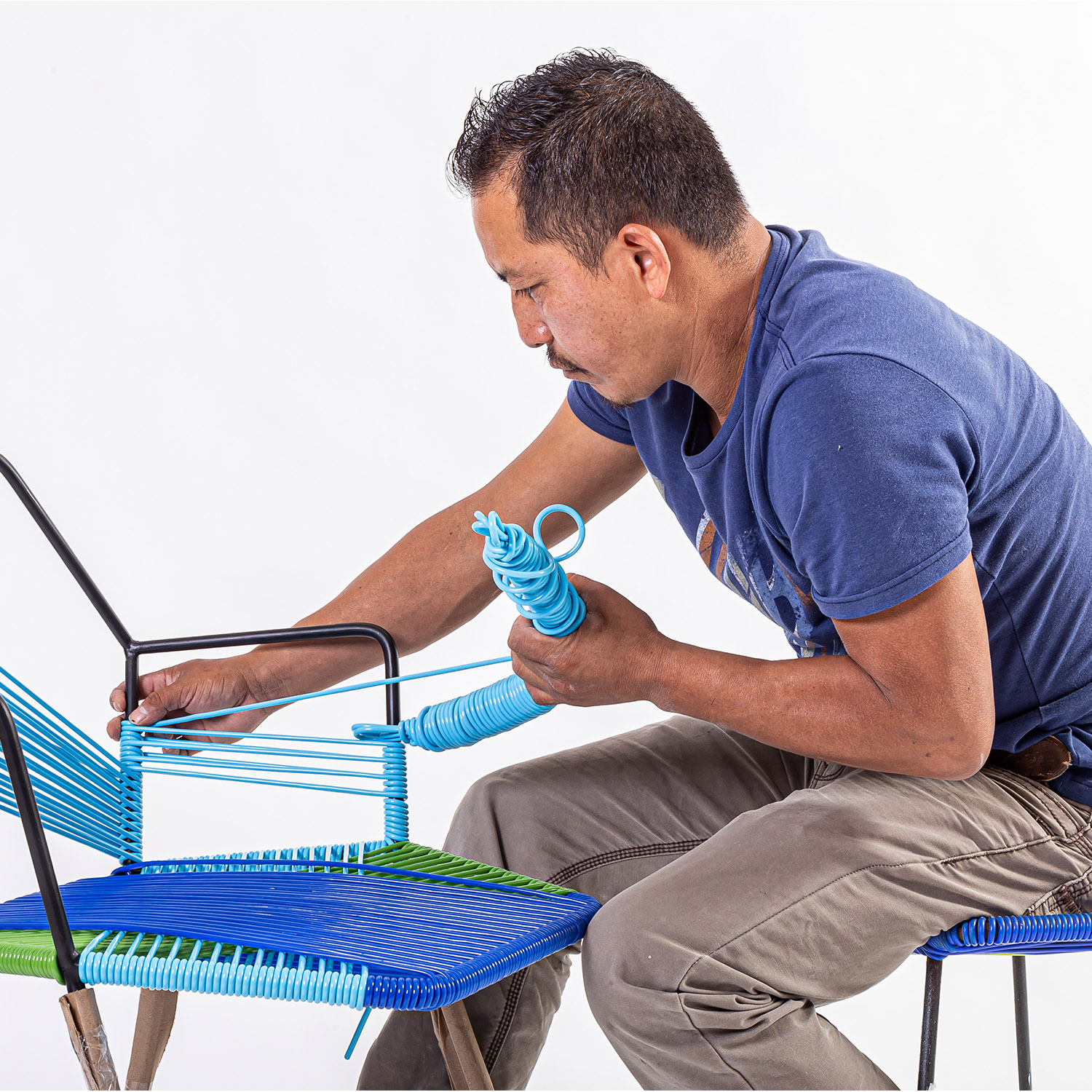 It was 1951 and in Acapulco, a local teacher, Esther Cortes, was struggling to keep open a small school for disabled children. She brainstormed for funds to keep the school alive, and asked her husband, a local artisan and teacher by the name of Jose Cortes, to help her out. Jose, together with his two friends, baker Jacinto and bricklayer Asuncion, got to work.

The three of them dreamed up the idea of using a Huaculetes, a metal ring laced with fibers which was commonly used by bakers like Jacinto to sell their products, as the basis of a chair they strung with a natural fiber called henequén. Originally called la huevona, then Caleta after the street when don Jose lived, it eventually was given its iconic name, la Silla Acapulco. The trio sold versions of the chair and raised funds for the neighborhood school.

During Acapulco’s golden age in the 50’s, Hollywood royalty descended on Acapulco for its annual film festival.  During one of those trips, a Hollywood interior designer spotted the Silla Acapulco and collaborated on design improvements with Jose. He took eight of those chairs back to Hollywood and gifted one to his friend Elizabeth Taylor, who fell in love with it and ordered 50 more for her various homes. The chair became an international phenomenon!

Later, Jacinto, Jose, and Asuncion parted ways, and Asuncion developed a slightly different version of the chair with a pear-shaped frame. Jacinto and Jose worked together on the development of the original Acapulco brand until Jacinto passed away and Jose retired in the 1980’s.

Since then, Jose’s son and his grandson, proudly carry on the Silla Acapulco tradition, moving their production site to Guadalajara. Our fair-trade company remains family-owned, building on its story of quality, tradition, and original design.

ABOUT CRISTINA AND YARO

We are two working moms, friends since high-school, passionate about design and stylish living. We are proud and excited to distribute la Silla Acapulco products in the Caribbean and the United States and can’t wait to see their beauty in your home and workspaces!

The Acapulco Chair is more than just a name... we place our logo on our pieces as a guarantee of quality and workmanship. Our unique architectural designs are sophisticated and durable pieces of art for all your living and workspaces. 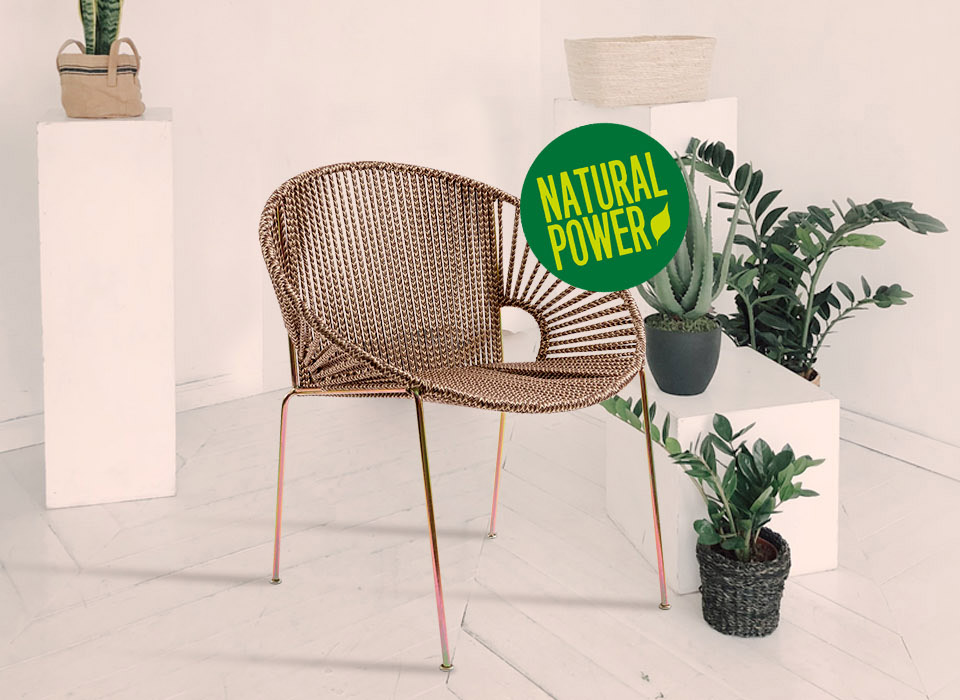 Our passion for living extends to our commitment to the environment and sustainable design. That’s why we build furniture with natural fibers and materials that are long-lasting and eco-friendly.